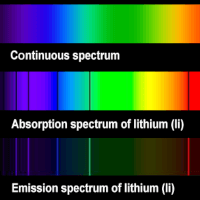 Atomic Spectroscopy covers a range of analyses which all deal with measuring electromagnetic radiation which is absorbed or emitted by atoms.

Atomic emission spectroscopy (AES) introduces an atomized sample into a flame which excites the anaylte. As the excited analyte atoms relax, they emit light at characteristic wavelengths that can be dispersed with a monochromator and detected.

Inductively Coupled Plasma Mass Spectrometry (ICP-MS) is also used to analyse metals present in an aqueous sample. ICP-MS works by using an Argon plasma to ionize samples which are then focused and passed through a mass spectrometer for identification.

Examples of all these instruments are covered in this site. Click on the links below for more information: